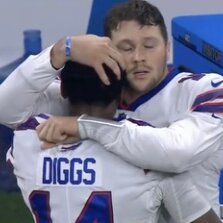 By Buffalo_Stampede
November 24, 2022 in The Stadium Wall