In Gabe We Trust! 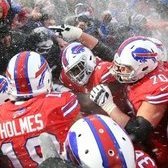