Have you ever seen one of your teams go all the way? 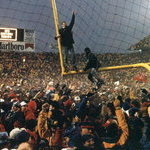 By BillsPride12,
April 12 in Off the Wall