Setting up nicely for the Bills revenge tour 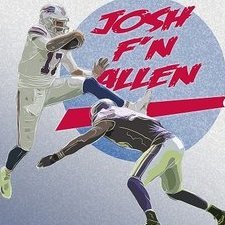 By section122,
January 10 in The Stadium Wall