Awesome job over the past 12 days to our staff! 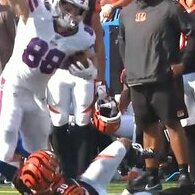