Armchair GM: Hits and Embarrassing Misses over the Years 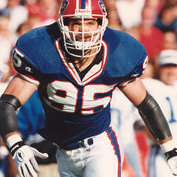 By MrEpsYtown,
February 2, 2018 in The Stadium Wall Archives