Shout out to Stefon Diggs.. 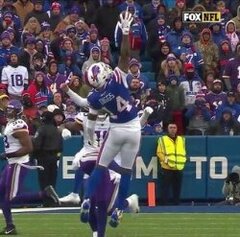 By JerseyBills,
September 26 in The Stadium Wall