Comparing the Super Bowl to the AFC Championship Game 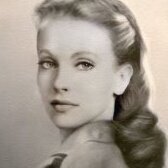 By Arm of Harm,
February 8 in The Stadium Wall