What is "out of bounds" in the NFL? 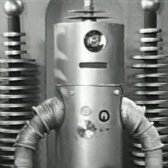 By PromoTheRobot,
October 2 in The Stadium Wall