Off-Tackle Podcast with Jerry Ostroski standing in for John Fina: Go To 40:30 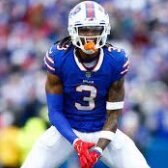 By Nextmanup
September 28, 2022 in The Stadium Wall