What are your thoughts regarding the future of the United States? 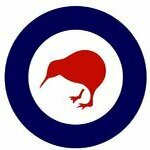