Most forgiving NFL schedules of 2021: Favorable draws for 49ers, Patriots 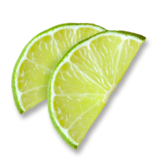 By Limeaid,
May 13 in The Stadium Wall