Trump's cult is mentally disturbed and must be stopped 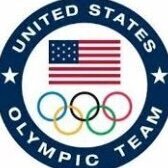 By BillStime,
October 8, 2021 in Politics, Polls, and Pundits