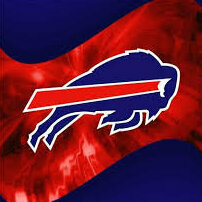 By SlimShady'sSpaceForce,
April 18 in The Stadium Wall

Yo.  This thread is for discussing team/player reactions about NFL OTAs, which are scheduled to start........TOMORROW

If you don't or can't understand the difference between discussing team/player reactions and NFL protocols, vs injecting in your personal views about The Covids, masking, testing, vaccines etc .....please don't post in this thread.