TRE'DAVIOUS WHITE: 'I come from hard times, and I don't want to go back' 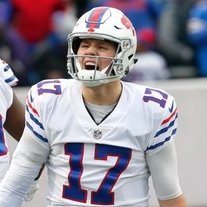