Christian Eriksen and how fragile life is 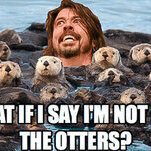