Jimmy Johnson Halftime Adjustment Against the Bills in SB XXVIII 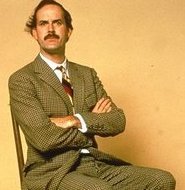 By Last Guy on the Bench,
July 27 in The Stadium Wall