Week 11 TNF: Zona at Seattle Battle of the Birds 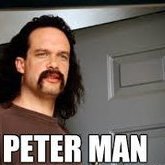